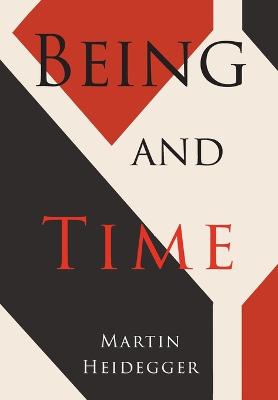 The publication in 1927 of Martin Heidegger's magnum opus, Being and Time, signaled an intellectual event of the first order and had an impact in fields far beyond that of philosophy proper. Being and Time has long been recognized as a landmark work of the twentieth century for its original analyses of the character of philosophic inquiry and the relation of the possibility of such inquiry to the human situation. Still provocative and much disputed, Heidegger's text has been taken as the inspiration for a variety of ... Read More

The publication in 1927 of Martin Heidegger's magnum opus, Being and Time, signaled an intellectual event of the first order and had an impact in fields far beyond that of philosophy proper. Being and Time has long been recognized as a landmark work of the twentieth century for its original analyses of the character of philosophic inquiry and the relation of the possibility of such inquiry to the human situation. Still provocative and much disputed, Heidegger's text has been taken as the inspiration for a variety of innovative movements in fields ranging from psychoanalysis, literary theory, existentialism, ethics, hermeneutics, and theology. A work that disturbs the traditions of philosophizing that it inherits, Being and Time raises questions about the end of philosophy and the possibilities for thinking liberated from the presumptions of metaphysics. The Stambaugh translation captures the vitality of the language and thinking animating Heidegger's original text. It is also the most comprehensive edition insofar as it includes the marginal notes made by Heidegger in his own copy of Being and Time, and takes account of the many changes that he made in the final German edition of 1976. The revisions to the original translation correct some ambiguities and problems that have become apparent since the translation appeared fifteen years ago. Bracketed German words have also been liberally inserted both to clarify and highlight words and connections that are difficult to translate, and to link this translation more closely to the German text. Read Less

All Editions of Being and Time

The Question Concerning Technology: And Other Essays

An introduction to metaphysics.

The Question Concerning Technology: And Other Essays

Some Thoughts On Approaching Being And Time

Martin Heidegger's (1889 -- 1976) "Being and Time" (1927), together with Ludwig Wittgenstein's "Philosophical Investigations" is one of the seminal philosophical works of the Twentieth Century. The work still remains difficult, obscure, and highly controversial. The book, and its author, provoke wildly varying responses. This translation, by Macquarrie and Robinson dates from 1962 and appeared in paperback only in 2008 with a useful introduction by philosopher Taylor Carman. Another translation, by Joan Stambaugh, appeared some years ago; but the Macquarrie and Robinson version, for all its difficulty, has become the standard version in English.

Heidegger spent his early years in a seminary but abandoned Catholicism in 1917-1918. His interest in and ambivalence toward religion permeates "Being and Time." Heidegger was a friend of Edmund Husserl, the founder of the philosophical movement known as phenomenology. "Being and Time" is dedicated to Husserl and includes several laudatory references to him. Heidegger was Husserl's assistant at Freiburg, but he wrote "Being and Time" when he had assumed a position at Marburg. He became Heidegger's successor at Freiburg upon Husserl's retirement in 1928. Before writing "Being and Time", Heidegger was regarded as a brilliant scholar and a charismatic teacher. But he had published little. "Being and Time" made him famous, virtually a celebrity, an accomplishment rare for a philosopher. Heidegger remained in the public eye through what became a notorious life through his political involvement with Nazism, and through a long life after WW II in which he did not expressly repudiate his earlier politics.

Even though Heidegger turned Husserl on his head, the phenomenological influence in "Being and Time" is pervasive. Husserl's background in mathematical logic (and Heidegger's too in his early years) also plays more of a role in "Being and Time", I found, than I first thought when I read the book many years ago. In "Being and Time" Heidegger wrestles with many major philosophers, including Descartes, Aristotle, Kant, Kierkegaard, and Hegel, among others.

Heidegger never completed "Being and Time" as he had originally conceived the work. The book as we have it consists of a long introduction, a section called Part I, titled "The Interpretation of Dasein in Terms of Temporality, and the Explication of Time as the Transcendental Horizon for the Question of Being." Part I has two large Divisions each consisting of many subchapters. The first Division, very simply, develops Heidegger's understanding of "Dasein" and of "Being-in-the-World". The second, and much more emotively charged and difficult Division, deals with temporality, resoluteness, and death. Heidegger completed a third division of Part I, but rejected it as unsatisfactory and never published it. A projected part II of "Being and Time" never appeared, as Heidegger abandoned his original lengthy project for the book.

"Being and Time" is a book that requires substantial patience and concentration to read. The reader must be extraordinarily careful with Heidegger's definitions, as the author invents much of his own terminology and uses familiar terms in unusual ways. Beyond that, the style of the book is extraordinarily dense. Unsympathetic readers and critics find Heidegger willfully obscure. Some see the book as little more than gibberish. Obscure it is, but not gibberish. While portions of the writing seem to me to resist understanding, study will be rewarded. The form and style of the book are an integral part of Heidegger's teaching, as he encourages the reader to delve deeply into what might be regarded as simple, even trivial, matters and to see things that are close in a new light. The writing is heavily metaphorical with figures derived from theology and terminology that is suggestive of violence and sexuality in many places.

The book does not offer arguments in the sense of a traditional philosophical study. Rather Heidegger follows Husserl in trying to get the reader to see and to look at things afresh. Husserl studied ideals of consciousness while Heidegger turns his message to look at being through man's place in the world. There is a tension in the book, it seems to me, between seeing the world primordially, without the encrustations that have accrued from the Greek way of seeing things, and interpreting the world. Heidegger appears to do both.

Heidegger draws a distinction between ontics and ontology. Philosophers, scientists, and most lay people have thought only ontically -- about existing things. Heidegger wants to open up the question of being -- and draws what is a critically important distinction between existing things and reality -- which does not have the concept of thinghood. He attacks the Aristotelian concept of substance which is basic to much Western thought and the dualism of Descartes. Much of the book is an attempt to dissolve philosophical questions resulting from a substantialist metaphysics.

The book challenges the primacy most thinkers have accorded to the concept of reason and asks its readers to understand "being-in-the-world" and activity as the source of life from which subsequent concepts of reasoning arises. Although Heidegger had disdain for American philosophy, I found that a hard pragmatism underlies much of "Being and Time".

In its concepts of historicity, commitment, the people, and perhaps in its derogation of reason, "Being and Time" could be read as laying a philosophical basis for the Nazism which Heidegger actively supported during the 1930s. This aspect of the work should not be minimized. But neither should the power, originality, and insight of "Being and Time" be denied.

When I began to study philosophy many years ago, the discipline was essentially divided between "analytic philosophy" and "continental" or "existential" philosophy. That division remains today. But some readers have seen parallels between the two broad schools. For me these parallels, particularly the rejection of Cartesianism and of substance metaphysics, come through stronger after the distance of the years. It is worth considering how much changes and how much remains the same in philosophy.

Readers with a good background in philosophy will probably be in a better position to struggle with "Being and Time" than those with little exposure to the subject. On my most recent reading of the book, I read it through and then read a commentary -- there are many excellent studies of "Being and Time". For most philosophical texts, I think the reader should first go to the work itself and try to make sense of it rather than to get one's perspective on the book fixed by a commentary. But study can be done in many ways.

While highly critical of Heidegger for his political activities, the philosopher Karl Jaspers said of him: "In the full flow of his discourse he occasionally succeeds in hitting the nerve of the philosophical enterprise in a most mysterious and marvellous way. In this, as far as I can see, he is perhaps unique among contemporary German philosophers." "Being and Time" is an important book.