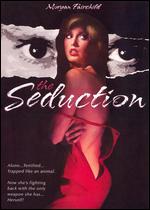 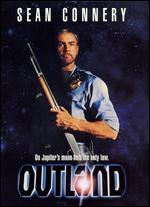 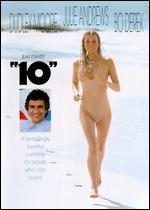 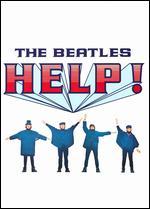 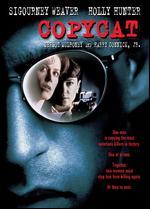 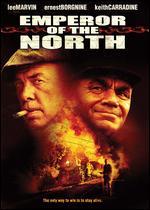 Emperor of the North

TITLE: The Seduction
GENRE: Thriller, erotic stalker of celebrity
CAST: Morgan Fairchild, Andrew Stevens, Michael Sarrazin, Colleen Camp, Vince Edwards and Kevin Brophy
PLOT: A local station newscaster is the focus of an obsessed stalker. As we now know in such cases, the intrusion and privacy theft grows with time and any new info about the target. When this movie was made there were few anti-stalking statutes to allow the police to interfer. Not until and even when what goes on at the climax of this tale.
RETURN ON INVESTMENT: 9 of 10; Not only does M Fairchild have an unusually beautiful face, her body is strikingly tremendous as well. The mechanisms behind the scenes are superb in setting mood and moving the story. With hardly any lines of dialogue we can watch how masterfully Stevens develops his psychotic character. Near the finale we can actually imagine he is totally lost to this world in his fantasy.
DVD BONUS: Panel discussion of several involved personages, Director, writer, producer, two actors; A discussion between the one producer (Frank Capra was one of them but not this one) and the location manager where we learn a lot about the intricacies of finding, securing and managing locations for filming any movie; An overdub commentary by he producer and writer; A discussion of how the law has changed since this movie; A theatrical trailer.
ADDED NOTES: This movie had an impact on our society (at least in the USA), One item is that this film challenged the use of swear language in movie dialogue. saying F U or F me more than once got you an x rating but if you, until then, even did it once your work was panned as pandering to the gutter. But when you hear the beautiful MF say it twice and the situation in which she utters it, you know the rule was stupid. There is a lot of nudity in this film but it just points to the fact of how liberal the west coast was and that obsessing over one woman (or man, because the stalker ends up having his own stalker!) was ludicrous for the stalker to be doing. There is marvelously innuendoes of sex acts and masturbation also to be seen (Well, not seen but masterfully implied.) I believe the title refers to the acts the victim has to go through to entice the stalker back into...