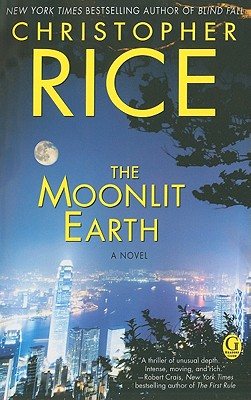 From award-winning New York Times bestselling author Christopher Rice comes an evocative psychological thriller about a woman who must trust try to save her brother's reputation and life when he is accused of being involved in a terrorist act. Read More

From award-winning New York Times bestselling author Christopher Rice comes an evocative psychological thriller about a woman who must trust try to save her brother's reputation and life when he is accused of being involved in a terrorist act. Read Less

All Editions of The Moonlit Earth

A Density of Souls

The Mummy or Ramses the Damned

A Density of Souls

His fifth novel was not the kind of horror novel that I was expecting, however it was very good and stands up to the standards of what I come to expect from Christopher Rice. I always enjoy his novels. This is one were once you start, you will not want to put it down until you?ve finished it. Be prepared for a fantastic read! ?The Moonlit Earth? is suspenseful, thrilling, and a good mystery with dark family secrets.
Cameron and Megan are brother and sister. Cameron works as a flight attendant, and Megan is starting over with the help of her cousin Lucas. Their parents divorced when they were younger, and Megan was the one who raised Cameron, not their mother.
Megan is shocked to see her brother on the news in a video with an unidentified Middle Eastern man, believed to be the bombers of a Hong Kong hotel. Knowing her brother, Megan runs to Cameron?s defense.
If that wasn?t enough, she is shocked again to find out that Cameron not only went in search of their father, but also has been living with him for a while. It really doesn?t matter to her whether he keeps contact with their father or not, but she doesn?t want to reconnect with him.
Her sibling protection will take her to China and to dizzying heights to distant islands, where she searches for her brother with the mysterious Middle Eastern man. Family secrets of wealth, jealousy, and vindictive hatred come to the surface through her hunt, when Lucas is shot in the face right in front of her! She didn?t even see it coming. (I don?t know about you. If you put me thousands of feet in the air, traveling above the ocean in a tiny cable car with only a bar to hold on to, and witness the detailed death of a once trusted family member. You have my full and undivided attention, because now I am scared!)
Cameron has become involved with a royal Saudi family, and used as an acceptable casualty to a family member?s dark and desperate actions. He has proof and means to show it. Cameron surprises me with his standards. (Put a gorgeous and willing Middle Eastern man in front of me, with over two grand offered, I am sleeping with him before I see the envelope of money.) Cameron tries to be more than just a one-night stand. He tries to be a friend. Will he be found and saved before the Chinese police, the vengeful Saudi family, and the evil family member get to him first? Even then, can Cameron and his sister truly be saved and free?