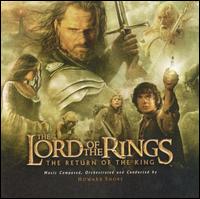 The Lord of the Rings: The Return of the King [Original Soundtrack] (2003)

The monumental task of scoring -- in rapid succession -- three of history's most anticipated films has done little to temper the fire that fuels composer Howard Shore's vision and enthusiasm. With each installment of New Line Cinema's Lord of the Rings trilogy, his seemingly bottomless cauldron of memorable motifs and affecting character themes washes over Peter Jackson's Middle Earth like a coat of varnish, bending each frame to its will. If The Fellowship of the Ring was its heart and The Two Towers its body, then The ... Read More

The monumental task of scoring -- in rapid succession -- three of history's most anticipated films has done little to temper the fire that fuels composer Howard Shore's vision and enthusiasm. With each installment of New Line Cinema's Lord of the Rings trilogy, his seemingly bottomless cauldron of memorable motifs and affecting character themes washes over Peter Jackson's Middle Earth like a coat of varnish, bending each frame to its will. If The Fellowship of the Ring was its heart and The Two Towers its body, then The Return of the King is the series' soul. Opening with a Brahms-like veil of strings that deftly segues into a solo violin variation on the main melody, Shore begins by re-revisiting themes from the previous films. By the time he reaches the devastating "Steward of Gondor" -- featuring a heartbreaking tune sung by Hobbit (Billy Boyd) -- the mood has shifted from nostalgia to urgency, channeling the protagonists' desperation to complete their harrowing journey. "Twilight and Shadow" uses the gorgeous voice of soloist Renee Fleming to add weight to Arwen's (Liv Tyler) decision on whether or not to choose love over immortality, and "Shelob's Lair," with its dissonant bursts of percussive brass, cements Shore as this generation's Bernard Herrmann. The real magic begins with "The Black Gate Opens," a nervous breath and the calm before the storm, anchored by James Galway's tin whistle. That breath is needed, as what follows is the culmination of nearly five years of work. "The End of All Things" explodes with a variation on the choral arrangement that normally accompanies the Ringwraiths, and inter-cuts it with the voice of the ring -- a boy soprano -- before launching into the ten-minute "Return of the King." Like a Wagner opera, Shore methodically places familiar themes within the context of emotional turmoil, avoiding the forgettable nonstop dissonance that others apply to battle scenes with sweeping, often nightmarish melodies that linger for days. It's this dedication to memorable composition that makes "The Grey Havens" -- the film's epilogue -- so compelling. With its soft, bittersweet strings, it packs an emotional impact that would have resonated only on the surface had he taken a by the book approach to scoring the action sequences. Shore and Jackson are visionaries for whom this was a labor of love, and these films are a testament to their nearly inhuman resolve and tenacity. Despite the inclusion of a lovely yet unnecessary song by Annie Lennox, The Return of the King marks the end of an extraordinary collaboration that's destined to be celebrated and studied for generations to come. ~ James Christopher Monger, Rovi Read Less

All Releases of The Lord of the Rings: The Return of the King [Original Soundtrack] 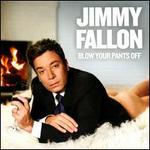 Blow Your Pants Off

The Lord of the Rings: The Fellowship of the Ring [Original Motion Picture Soundtrack]

Shore, Galway, and Jackson - Oh My!

I have been in love with movie soundtracks since, lo these many years ago, I acquired a vinyl recording of John Williams' "Jaws." After that, I seemed to love every soundtrack he made: "Close Encounters," the "Star Wars" first trilogy (Eps 4, 5, and 6 for purists), especially "ET," to name a few. But as they've said in Great Britain: "The King is dead; long live The King." It seems as if Howard Shore has replaced Mr. Williams in my heart. I went to see "Fellowship" with something of mixed feelings. I read Tolkien's great tale while in high school (same time that "Jaws" was everywhere) and loved it so much I turned right around after Samwise came home (readers and filmgoers will know what I mean) and started it over again. I guess I've read it in its entirety more than a dozen times. So needless to say I had images in my head of what Middle Earth and its characters looked like, and what the music for the poems sounded like. But I thought I'd take a chance with "Fellowship" and it paid off big-time. Some of the people who read the book and didn't love it claimed (to me, anyway) that the long descriptive passages were (gasp!) boring. Probably they went to see the film and adored it. I won't say that my visuals matched those in the film; probably not having ever been in New Zealand, they couldn't match. But I came out of the theatre thinking "Well done, Mr. Jackson and Mr. Shore!" The music fit the visuals just perfectly. Well now it's time to talk about "Return of the King." That film came out in December of 2003, and it's April of 2016. I have watched the films at least twice, but only now acquired the soundtracks of "Fellowship" (Enya rules!) and "Return of the King." The music in this last is so perfectly in harmony with the film that I had no trouble recalling the visuals, even with all the time that has passed. I was also thrilled to discover that Sir James Galway, flautist supreme, was the soloist on three selections: "The Black Gate Opens," "The Return of the King," and "The Grey Havens." I didn't know his work in 2003, but have discovered him in the last few years. What a bonus! Lastly, a critic claimed that Annie Lennox's "Into the West" was not necessary. Yes it is; if you've read the book, you'd recognize Tolkien's words in the song and know what they mean. And if you can't figure out that the words are intended to spell out where Frodo and the rest are going, maybe you should read the book. Plus Annie sings beautifully, so why not end a beautiful soundtrack with a beautiful song?