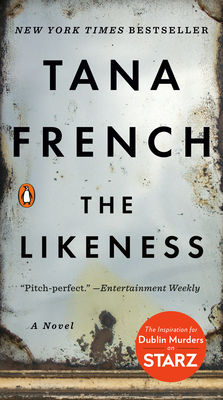 All Editions of The Likeness

The Girl Who Kicked the Hornet's Nest

Tana French's characters are psychologically complex, so memorable that I kept thinking of them days after I finished the book.

As an actress and director as well as writer, her scenes are so vivid, the reader feels right there. Further, there are many twists and new insights; nothing is simple or pat.

The Likeness builds on her first murder mystery, Into the Woods, and I'd recommend people read that first.

I read both novels, 400 plus pages each in 24 hours, simply couldn't stop reading for long.

I recommend her as a real find.

I got this book in 3 days!!!! I was very impressed with the speed.

Is she or isn't she

I found Tana French's prose, and exceptional story telling remarkable. Anyone who loves mysteries, will find it hard to outguess this one.
Cassie Maddox is called to the scene of a murder. But the victim could be her twin.She agrees to go undercover, in order to smoke out the killer.
When Cassie becomes so enmeshed in her undercover job,her boss begins to wonder if she has crossed the line of no return, all the while allowing her to take more and more risks. Even those who knew her best appear to have no clue. Or do they?
As the story escalates and we begin to wonder if Cassie can hold it together, a few people become suspicious and the noose around Cassie's neck tightens. Who will crack first, Cassie or the killer.
But Cassie wants to hang on, as do we, to figure out exactly who did do it.
Having read this book before French's first novel which debuted Cassie, I found a few comments referring back to the original a bit confusing, but not enough to deter from the story.
This is an amazing read.