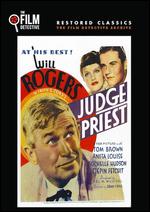 Will Rogers stars as Judge William "Billy" Priest, the common-sense Kentucky jurist created by humorist Irvin S. Cobb. The Judge's easygoing manner bothers many of the self-righteous good citizens of his small 19th-century hometown, imperiling his chances for re-election. The anecdotal plot boils down to a single storyline involving orphaned Anita Louise, reclusive David Landau (secretly Louise's father), and young attorney Tom Brown.The testimony that saves Landau from a murder charge is delivered by Civil War veteran H.B. Walthall, whose stirring loyalty to the Confederacy inspires everyone in town to organize an impromptu parade! Some of the best scenes are highlighted by Will Rogers' affectionate rapport with stereotyped black-actors Stepin Fetchit and Hattie McDaniel, though these scenes are frequently removed from TV showings of Judge Priest due to their undeniably racist overtones. If you haven't guessed by the first frame of the film that John Ford was the director, you'll recognize Ford's personal stamp the moment Will Rogers kneels by his wife's grave and carries on a warm conversation with his long-departed bride. Ford would remake (and improve upon) Judge Priest in 1953 as The Sun Shines Bright, with Charles Winninger as the judge. Hal Erickson, Rovi Read Less 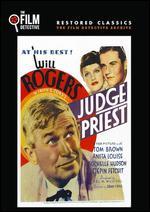 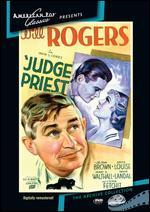 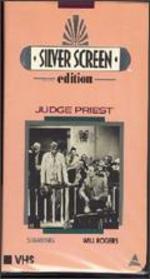 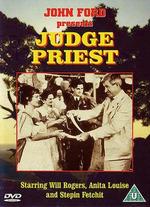 All Releases of Judge Priest 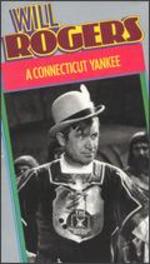 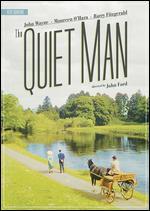 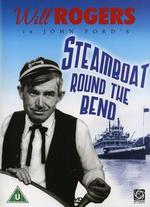 Steamboat Round the Bend

Will Rogers at his best

This is a very entertaining look at the South in the 1890's. Will Rogers plays a wise old judge who plays matchmaker for his nephew while seeing that justice is served. NOT politically correct, you will just have to accept Stepin Fetchit and Hattie McDaniel as blacks were portrayed in the past. They are wonderful!!