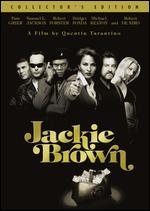 Quentin Tarantino wrote and directed this adaptation of Elmore Leonard's 1995 Rum Punch, switching the action from Miami to LA, and altering the central character from white to black. Ruthless arms dealer Ordell Robbie (Samuel L. Jackson), who lives with perpetually stoned beach-babe Melanie (Bridget Fonda), teams with his old buddy Louis Gara (Robert De Niro), just released from prison after serving four years for armed robbery. ATF agent Ray Nicolette (Michael Keaton) and cop Mark Dargus (Michael Bowen) bust stewardess Jackie Brown (Pam Grier), who was smuggling money into the country for Ordell. Ordell springs Jackie, but when middle-aged bail bondsman Max Cherry (Robert Forster) picks her up at the jail, he's attracted to her, and they choose a romantic route with detours. Mistrust and suspicions surface after Jackie pits Ordell and the cops against each other, convincing Ordell that she's going to double-cross the cops. Tarantino commented on the film's budget: "Jackie Brown only cost $12 million. You can't lose. You absolutely, positively can't lose. And you don't have to compromise." Bhob Stewart, Rovi Read Less 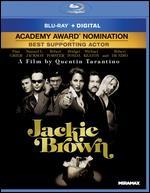 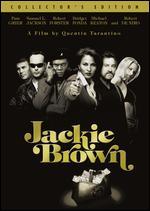 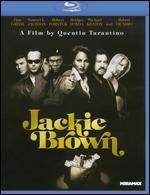 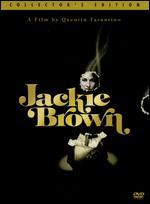 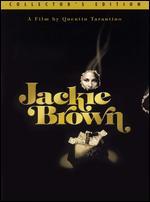 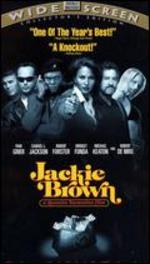 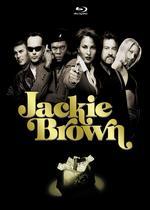 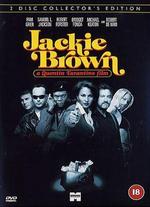 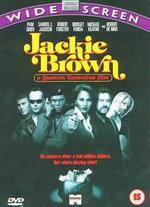 All Releases of Jackie Brown 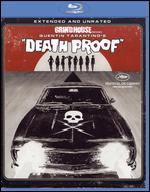 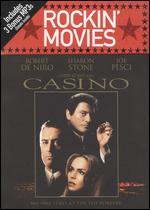 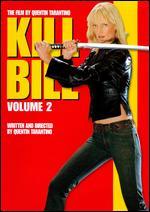 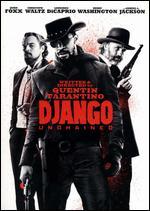 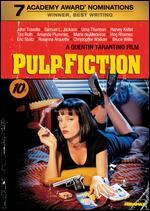 Reading several novels by Elmore Leonard and watching Quentin Tarrantino's new movie "Once Upon a Time in Hollywood" brought me to watch "Jackie Brown", Tarrantino's 1997 adaptation of Leonard's 1992 novel "Rum Punch". Novels and films work differently. "Jackie Brown" is a wonderful interpretation of "Rum Punch" and a rarity in that I enjoyed the film probably more than the original.

Set in Florida Leonard's novel tells a tangled tale of crime, violence, and double-crossing written in a punchy style with sharp dialogue. The plot is difficult to follow in detail, but it works out. It involves elements of a sting and a shell-game as various characters try to walk off with $500,000 in dirty money. Much of the novel involves characterization as well as plot. The primary characters are Jackie Burks, 44, a thrice-married flight attendant for a cut-rate airline, Max Cherry, 57, a bail bondsman who falls in love with Jackie, makes her bail, and helps her in her efforts to outwit both law enforcement and a hardened criminal in the illegal gun trade, and the hardened criminal himself, Ordell Robbie.

Leonard's novel has racial themes in that Robbie and several other characters are African American, but Tarrantino's film expands these themes. Tarrantino makes Jackie, (with the last name Brown) an African American and emphasizes the importance of this change by changing the scene of the story from West Palm Beach, Florida to Compton, California, and Los Angeles. The emphasis of African American experience through Jackie Brown attempting to avoid prison and to escape a life of just getting by in middle age and through the focus on the vicious Ordell add a dimension to Leonard's story. Leonard reported loved the screen play, written by Tarrantino and the only one of Tarrantino's films which is based upon a novel by another writer.

The film is lush, and lavish, different from Leonard's usual terseness and understatement. It is tough, raw, and violent, as is Leonard's novel, and also captures the feelings that develop between Jackie and Max Cherry as he helps her schemings. Pam Grier plays Jackie Brown with conviction, capturing both her sense of herself and her vulnerability. Samuel Jackson captures both the viciousness and playfulness of Ordell Robie while Robert Forster received an Academy Award nomination for his portrayal of bail bondsman Cherry. The movie has an ever-present sound track. Most of the musical selections add a great deal to the action on the screen while a few seem overdone.

I thoroughly enjoyed "Jackie Brown" both for itself and as an adaptation of Elmore Leonard's "Rum Punch". The complex double dealing of the story was clearer to follow when it could be visualized. The scenes of Compton and its environs also helped bring the story to life. The budding relationship between Jackie and Cherry was poignantly portrayed.

"Jackie Brown" is a tough-minded emotional film which enhances the book on which it is based. The film is lengthy but will bear watching more than once. I enjoyed seeing this film and thinking again about Leonard's novel, "Rum Punch".