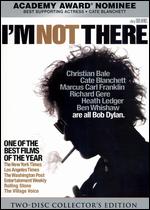 Director Todd Haynes' unconventional biopic of the legendary singer/songwriter Bob Dylan features different actors playing the part of the Minnesota native at various stages of his remarkable career. Among the actors playing the singer are Cate Blanchett, who portrays the man during his Don't Look Back era incarnation; Heath Ledger, as an actor playing one of the fictional Dylans in a movie within the movie; Christian Bale, as the Dylan beginning to chafe at being associated so strongly with political causes; Richard Gere, ... Read More

Director Todd Haynes' unconventional biopic of the legendary singer/songwriter Bob Dylan features different actors playing the part of the Minnesota native at various stages of his remarkable career. Among the actors playing the singer are Cate Blanchett, who portrays the man during his Don't Look Back era incarnation; Heath Ledger, as an actor playing one of the fictional Dylans in a movie within the movie; Christian Bale, as the Dylan beginning to chafe at being associated so strongly with political causes; Richard Gere, portraying the post-motorcycle accident period; and Marcus Carl Franklin as the young Dylan who passed himself off as the second coming of Woody Guthrie. Each section of the film not only has a different lead actor, but offers different looks that reflect various aspects of popular culture at the time. Perry Seibert, Rovi Read Less 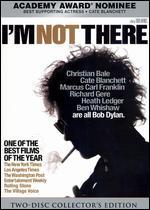 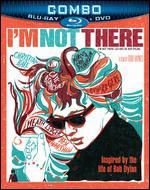 All Releases of I'm Not There 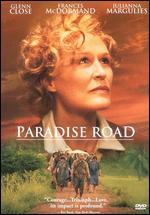 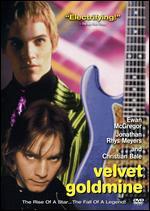 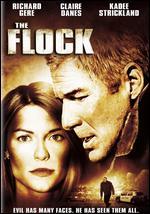 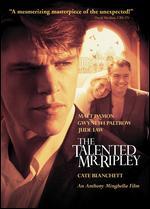 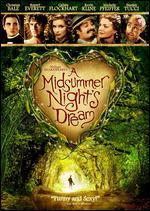 Six Actors in Search of a Songwriter

Todd Haynes ?I?m Not There,? is a film for the coterie, the Dylanologists, the Bob-besotted. Those who know everything knowable there is to know about singer-songwriter Bob Dylan will take pleasure in the chameleonic masks and allusions: the menacing, eponymous tarantula crawling across the screen of his Sixties novel; Dylan?s role as composer and actor in Sam Peckinpah?s ?Pat Garrett and Billy the Kid?; his retreat to Woodstock after his motorcycle accident; his born-again Christian incarnation.

But in its gender- and genre-bending?the mock-documentary, the trial testimony, the Western, the road movie?in its use of different actors, its subverting of bio-pic conventions, and in its kaleidoscopic styles, the director makes no concessions to the Bob-novice who may feel unrewarded, even lost. Haynes? film might have been subtitled ?Six Actors in Search of a Songwriter.?

The songwriter?s penchant for self-invention was evident early on when he changed his name from Robert Zimmerman to Bob Dylan. Like the novelist Norman Mailer (another virtuoso of change), who makes a brief appearance as a character, Dylan was intent on being something quite other than a ?nice Jewish boy.?

In his renaming, some claim that he meant to honor the Welsh poet Dylan Thomas; of course he himself denies it. Dylan grew up in Minnesota?s bleak Iron Range, but cannily manufactured a vagabond past. Call it a myth of origins.

There are two audacious casting coups. The first is a young African American actor, Marcus Carl Franklin, who plays ?Woody Guthrie,? after the Dust Bowl balladeer who
wrote songs such as ?This Land is Your Land,? owned a guitar that ?killed fascists,? and whom the young Dylan idolized.

But the casting also suggests Dylan?s debt to black music, singers like Muddy Waters and Leadbelly; that?s evident when Woody sings ?Tombstone Blues,? in a trio that features noted Dylan interpreter Richie Havens. The rambling minstrel figure invokes Guthrie, the peripatetic Okie (shades of Tom Joad!), and Dylan?s alleged hard times, but it could also be Haynes? nod to Huck Finn, who ?lights out for territory? with the black slave Jim.

Critic Leslie Fiedler said that a ?chaste homosexual relationship? exists at the center of Twain?s novel as it does in other 19th century American novels or ?boy?s books.? In fact, Haynes? previous film, ?Far from Heaven,? explores the intersection of race and queerness during the Eisenhower Fifties, an homage to the Douglas Sirk melodramas of the period.

The other miracle is Cate Blanchett?s Jude Quinn, the frail, androgynous, ampheta-mine-fueled Dylan of the mid-Sixties who appears in D.A. Pennebaker?s essential 1965 documentary ?Don?t Look Back.?

At the Newport Folk Festival, Quinn/Dylan performs with an electric band, offending folkies who had anointed Dylan heir apparent to Guthrie and Pete Seeger for his anthemic ?finger-pointing songs? like ?Blowing in the Wind? and ?Masters of War? (their moralistic insistence is curious, since at the same time he was writing incomparable love songs like ?Girl from the North Country? and ?Boots of Spanish Leather?: a puritanical politics forbade the personal).

There?s something delicious about Haynes? re-creation of the Newport fiasco when an infuriated Seeger is said to have tried to cut the electric cable with an axe. Pale, fey, and twitchy, Blanchett is astonishing: Quinn burns his way through the 1965-66 European tours when a fan brands him ?Judas,? jousts with an English reporter, provokes outrages in weird Warholesque Factory-like scenes, reveres Beat poet Allen Ginsberg who cruises in a motorcar alongside Quinn?s limousine, and happily frolics with the Beatles in a parody of ?A Hard Day?s Night.?

As for the other personae, why not simply a composite portrait? At times, Haynes? referentiality proved too much even for me, a Dylan fanatic: a mere post-modern maze of mirrors. There is, however, a hallucinatory Chagall-like image of a Quinn/Dylan floating balloonish in the sky, a rope tied around his ankle, barely tethering him to the tangible world below.

It?s a potent image that binds both aficionado and the merely curious alike; it elucidates Dylan?s translucent lightness of being. On the other hand, when Haynes hews to a dogged literalness, the film can be irritating: the mockumentary interviews with Alice Fabian (Julianne Moore), a blatant Joan Baez surrogate; ?Ballad of a Thin Man?s? caged geek; the ?surrealist? circus animals run amuck in a town named Riddle. It?s best to take your Fellini or Bunuel straight-up, not water it down.

?I?m Not There? borrows its title from a previously unreleased song from the Base-ment Tapes sessions with musicians who came to be known as The Band. Like ?Visions of Johanna,? it?s a song of absence. And in fact, Bob Dylan?s career has been marked by such gaps, erasures, omissions.

With the exception of ?Don?t Look Back,? his various forays into filmmaking?for example, Pennebaker?s unfinished ?Eat the Document? (which I saw at a rare screening at New York?s Museum of Modern Art), Peckinpah?s Western, ?Renaldo and Clara,? ?Masked and Anonymous??rarely cohere, because they tend to be gestures at narrative rather than narrative itself. Haynes? film evades the problem by splintering ?Bob Dylan? into parallel, not intersecting selves, but one can hardly call them storylines.

It may be that the most Dylanesque of films?say, ?Juliet of the Spirits? or ?Discreet Charm of the Bourgeoisie??are those in which Dylan isn?t present at all.