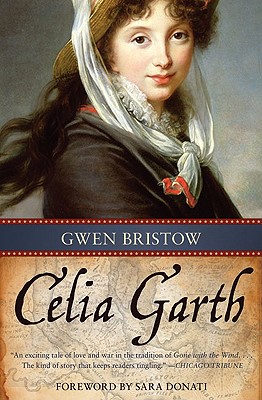 Bringing to life the heady days of the American Revolution through the eyes of a heroine who played a brave and dramatic part in the conflict, this 1959 novel follows Celia Garth, a Charleston native, as she transforms from a fashionable dressmaker to a patriot spy. Read More

Bringing to life the heady days of the American Revolution through the eyes of a heroine who played a brave and dramatic part in the conflict, this 1959 novel follows Celia Garth, a Charleston native, as she transforms from a fashionable dressmaker to a patriot spy. Read Less

This Side of Glory

This is a very powerful book about the Revolutionary War. The history was fascinating and thought-provoking. Reading about the atrocities (that took place during the war) was often very hard to do.

If you think about the Iraq War; we watched it on our TV's but were not very affected. During the late 1700's, everyone was touched by the conflict between the British and the fledgling country called America.

Before reading this, I thought there was little fighting south of Virginia during the Revolutionary War. It was staggering to see how citizens suffered and were nearly starved.

The heroine, Celia Garth, was a 20 year-old seamstress and orphan. Her family inheritance was frittered away by the family who took her in when Celia's parents died. Being a practical person, Celia realized that she did not want to be a poor relation' living through the largesse of a relative; she was apprenticed at a women's clothing store. After her year of training, she wanted to stay on as a seamstress at the dressmaker's shop.

However, when an opportunity presented itself, Celia jumped at the chance to be the dressmaker for an older, wealthy woman. At first, the war didn't seem to impact the citizens; they went about their regular business. Once the British captured Charleston and its port, life became harder for the Americans.

This book presents the adversities of life during a war in a very-readable style. Although the start was a bit slow, there were more than 100 pages that were absolutely nerve-wracking. Obviously, lives on the plantation vs. life in town were very different; the author makes a point of showing both aspects of life in America during the late 1700's.

This is my first time to read this story; it is a historical novel at its finest. This is one of those books that I will not forget soon. 4.5 stars

Celia
Garth is one of my all time favorite books. It just completely draws
you in.
Celia Garth is a dressmaker, in pre and Revolutionary War Charleston,
that may not sound very exciting, but it is. She becomes a spy for the
brave men fighting for the freedom of America. She provided information
even while others were being arrested for the same offense. She sees
the horrors of war, feels the affect on those she loves and cares for.
She is someone you would love to have really known. She is full of life
and enjoys life. She is who I would have loved to have been in this
time period. I first read this book at 10 years of age, my first grown up
book. I have loved it ever since and I read it at least once a year. It
is like visiting an old dear friend. It would make a great movie, but
Hollywood would ruin it! It has romance, action,suspence and adventure.
Meet people like Francis Marion named the Swamp Fox by the British that
he always evaded. I highly recommend this book to everyone. Everyone I
have lent Celia Garth to, have loved it and so will you!

This book brings to life the american revolution from the eyes of a young woman dressmaker who becomes a spy for the americans. It has a little romance mixed in with a lot of history made interesting by experiencing what was happening back then. The descriptions of Charleston and the surrounding area during that time brings every thing to life. It is easy, enjoyable reading. I read this novel every few years and it's like greeting a favorite old friend.