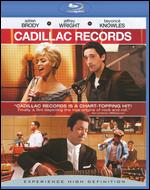 Directed by TV veteran Darnell Martin, the musical drama Cadillac Records documents the compelling true-life story of the Chicago record label that helped the world discover such legendary artists as Muddy Waters, Howlin' Wolf, Little Walter, and Chuck Berry. Founded in 1950 by Leonard Chess (Adrien Brody), Chess Records quickly gained a reputation as home to some of the most talented and influential blues artists ever to step into a recording studio. But giving these musicians an opportunity to bring their music to the ... Read More

Directed by TV veteran Darnell Martin, the musical drama Cadillac Records documents the compelling true-life story of the Chicago record label that helped the world discover such legendary artists as Muddy Waters, Howlin' Wolf, Little Walter, and Chuck Berry. Founded in 1950 by Leonard Chess (Adrien Brody), Chess Records quickly gained a reputation as home to some of the most talented and influential blues artists ever to step into a recording studio. But giving these musicians an opportunity to bring their music to the world was no easy task, because along the way there was enough sex, drugs, and rock & roll to ensure that things around Chess Records never got boring. Featuring Jeffrey Wright as Muddy Waters, Gabrielle Union as Geneva Wade, Beyoncé Knowles as Etta James, Mos Def as Chuck Berry, Cedric the Entertainer as Willie Dixon, and Eamonn Walker as Howlin' Wolf. Jason Buchanan, Rovi Read Less 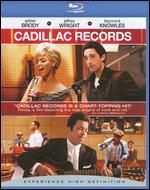 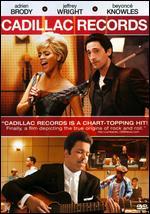 All Releases of Cadillac Records 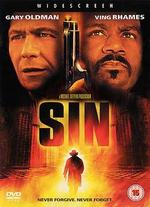 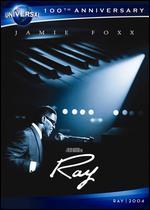 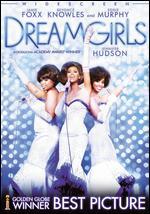 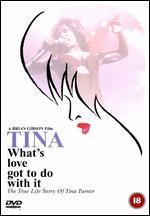 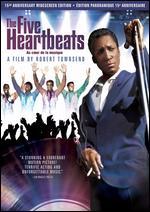 An outstanding new book, Ted Gioia's "Delta Blues" (2008) tells the story of "The Life and Times of the Mississippi Masters who Revolutionized American Music." Much of Gioia's book is devoted to the blues singers who left the Delta in the late 1940s and relocated to other American cities, including Chicago. With Gioia's book fresh in my mind, I was eager to see "Cadillac Records", a new movie which tells of transplanted blues, early rock and roll, and Chicago -- and of the association of many great blues artists with Chess Records and Leonard Chess. The movie offers compelling portraits of Muddy Waters and Howling Wolf, of the Mississippi Delta, together with Little Walter, Willie Dixon, Chuck Berry, guitarist Hubert Sumlin, and Etta James together with its portrait of Leonard Chess. The movie is directed by Darnell Martin.

Gioia writes: "Like Muddy Waters, the Chess brothers were outsiders trying to establish themselves in Chicago." ("Delta Blues, p. 216). Leonard and Philip Chess (born Lijzor and Fiszel Czyz) arrived in the United States in 1928. Leonard progressed from working in his father's junk shop, to opening a liquor store and nightclub, the Macomba Lounge on Chicago's South Side, to establishing the Chess record label to record black artists in the areas of blues, gospel, doo-wop, and rock. Philip Chess does not appear in the movie. But Leonard receives a tough and accurate portrait from Adrien Brody in "Cadillac Records" as a new American determined to make a success of himself.

Muddy Waters was born McKinley Morganfield as a sharecropper in the Mississippi Delta. In 1943, Alan Lomax visited Waters, as he was already known, and made a celebrated series of blues recordings with Waters singing and playing acoustic bottleneck guitar. The movie opens with an excellent scene between Lomax and Waters in Mississippi (filmed in Louisiana). Shortly thereafter, Waters moved to Chicago and changed Delta Blues and music when he electrified his instrument. Waters would make several efforts to adapt during the course of a long career. Much of "Cadillac Records" is told in his voice and through his eyes, portrayed by Jeffery Wright.

Howling Wolf, born Chester Burnet, also was a musician from the Mississippi Delta. A physically large and formidable man who resembled a linebacker more than a musician, Wolf was already middle-aged when he came to Chicago. He was old enough to have known early Delta blues singers Charlie Patton and Son House. Wolf, portrayed by Eamonn Walker in "Cadillac Records", arrived in Chicago from Memphis, with a surly sharp temper and more of a head for business than some other rural singers. Wolf and Waters, and the sometimes jealous relationship that developed between them, is well portrayed in this movie.

The movie also offers excellent portrayals of Little Walter, (played by Columbus Short) with his drinking and fighting and unmatchable artistry on the harmonica. His own tendencies to attract and to give violence are graphically portrayed. Chuck Barry (Mos Def) is portrayed as the founder of rock and roll, a style that would for a time displace Chess's bluesmen. We see him "crossing over" to white audiences in this movie, in the face of a heavily segregated Chicago, and serving jail time for contributing to the delinquency of minors at the height of his career. The movie shows other white rock groups plagiarizing from Berry. Songwriter and bassist Willie Dixon (Cedrick the Entertainer), like Wolf a large man, wrote and helped produce much of Wolf's and Water's material. The vulnerable, troubled, foul-mouthed and greatly talented Etta James was added to Chess's artists when the label thought it needed a woman performer. James is portrayed by Beyonce. She makes a stunning presence in this movie with her passionate performance of James's classic "At Last". (The violinists in the studio raise their heads from their instruments in disbelief as James/Beyonce wails in recording "At Last", creating an unforgettable image of what needs to be said about this song.)

The movie suggests that James and Leonard Chess became romantically involved. This is likely incorrect. Many of the details of the story are also probably historically inaccurate. But the film is a story rather than a documentary and should be judged for its own effectiveness and for the way it portrays its characters and its times. And here I thought it succeeded admirably. The movie captures the blues as it moved from the Delta to Chicago. These musicians have only recently received some of the recognition that their artistry deserves. Leonard Chess, with his mixture of paternalism, insight, ambition, and probable exploitation of his talented musicians, is aptly portrayed. The difficult transition from their rural roots that Waters, Little Walter, and the other musicians experienced in Chicago, and their struggles with alcohol, violence, promiscuity and racism, are properly emphasized in the movie. And the soundtrack brings "Cadillac Records" to life. The songs are not performed by the original artists, but the performances especially Beyonce's as Etta James, are captivating.

"Cadillac Records" is a gritty portrayal of blues, rock, Leonard Chess, and the record company he founded. The movie tells of a unique American art form, developed by outsiders and immigrants, which continues to make large contributions to American culture.

Music Pulsates From the Screen

For some reason, I can never finish this movie, but each time I re-watch it the music becomes better and stronger! The actors don't seem to "out act" the other actors. They flow very well and the story is unified. The old classics are renewed with voices of present actors and musicians. Ms. Knowles makes an excellent Etta James and adding Adrian Brody to the mix was a spectacular move. It is a film that you can watch and never tire of.